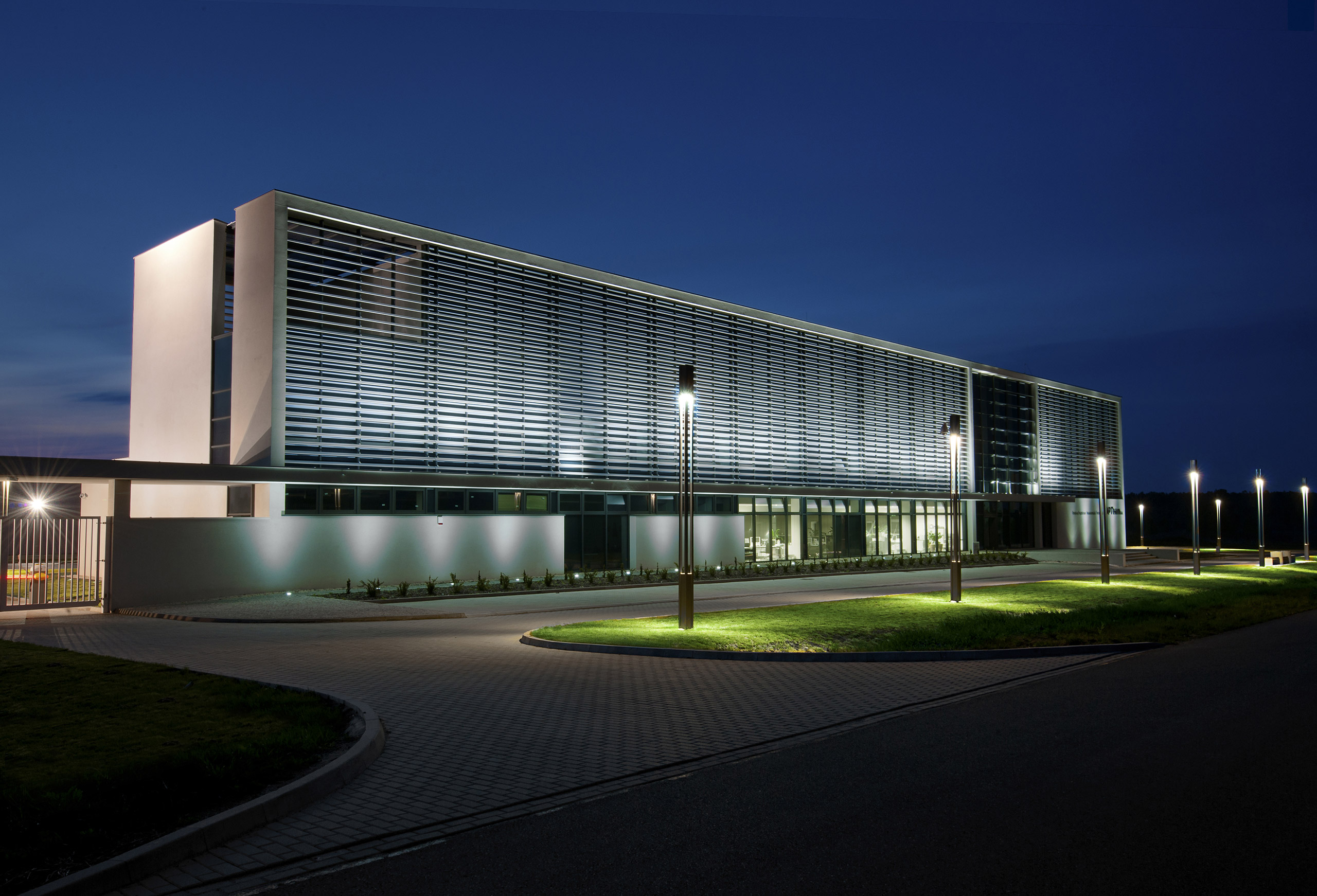 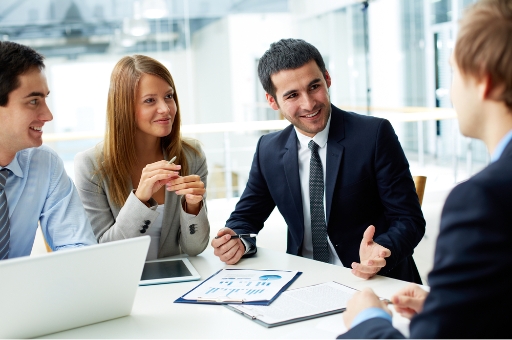 Polskie ePłatności (Polish ePayments – PeP) is a leading Polish merchant acquirer in Poland offering a full range of in-store, online payment solutions and value-added services. with an installed base of more than 160,000 point-of-sales terminals, offering a broad set of payment solutions for SME merchants. Founded in 2010 Over the last 10 years, PeP exhibited impressive growth as a result of both organic growth and sizeable acquisitions with the terminal base more than tripling since mid-2016.

PeP is the fastest growing payment technology company in one of the fastest growing digital payment economies in Europe. The team of PeP is know for their high-quality in-house operation and business performance. Polskie ePłatności is the third largest payment terminal operator in Poland in terms of the number of devices. With over 160,000 point-of-sales terminals and offers a wide range of payment solutions. One of the reasons why the conditions for the further expansion of cashless payments in Poland are very good is that the Polish government has introduced several initiatives to promote non-cash use. With their SME focus and strong presence in the card acceptance and POS terminals space, PeP fits very well with our existing business, extending Nets portfolio of online payment solutions for merchants in Poland.

Over the last 5 years PeP was conducting a consolidation process of the Polish payment market. As a result, it managed to take over, among others terminal business of Kolporter and companies PayUp, PayLane, BillBird and recently – TopCard. The company employs more than 600 people and expects net sales of around EUR 55 million in 2020. Since October 2020 PeP is a part Nets Group. 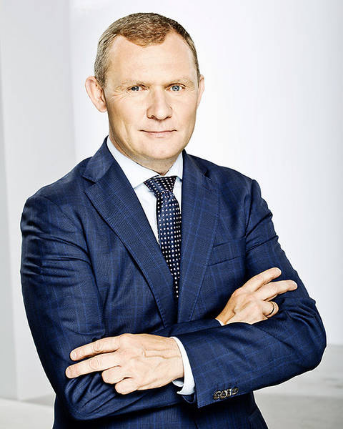 Jarosław Mikos - President of the PeP Group Management Board

Jarosław Mikos has been the President of the Management Board of Polish ePayments since December 5th, 2017. He has extensive knowledge about building efficient and fast-growing organizations and understanding of the laws governing the Fintech market, especially in the e-commerce industry. He uses the knowledge he gained through years of holding the highest positions in Polish and international companies, in pursuit of creating the No 1 operator of non-cash payments in Poland. As the president, he makes every effort to ensure that Polish ePayments becomes the undisputed leader on the market of FinTech services in Poland. A CEO with 20 years of experience, during his career, he played key roles in Polish and international companies. He is successful in increasing sales, transformations, restructurings, mergers and acquisitions and cost optimization of companies. Earlier. During four years of managing the Polish ePayments group, which employs over 600 employees, he conducted 10 transactions of purchase of terminal and e-commerce companies, quadruple sales value and EBITDA five times. PeP has been part of the Nets Group since October 2020, currently Nexi Group. The value of the acquisition was €405 million. In the years 2013-2017 he was associated with the Wirtualna Polska Group as the chairman of the supervisory board, recording successes such as creating a leader among websites with 21 million unique users and over 80% coverage. In the period from 2011 to 2013 he was the president of Magna Polonia finalising profitable transactions of portfolio companies' sales. From 2000 to 2007 he held the position of CFO and then CEO in Energis Polska. In 2005, he merged Energis Polska with GTS Polska, in which he remained the president of the management board. Previously, he worked for Deloitte and PwC in the field of business transactions, privatisation and M&A holding position of a manager in the London branch of PWC and then deputy director in the M&A and Privatization Department. In 1996 he spent a year at Coopers & Lybrand as a senior consultant. He started his business activity in 1995 at Deloitte & Touche in the Economic Advisory Department. Privately, a lover of sport and adrenaline. An enthusiast of mountaineering and mountain expeditions, as well as a participant in triathlons. 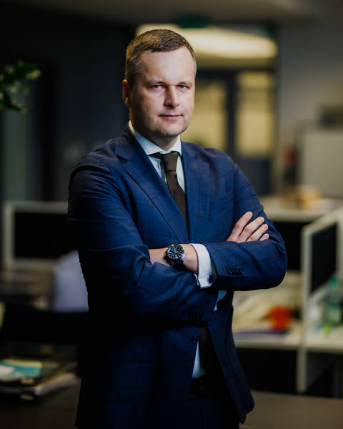 Robert Chmielewski - Vice President of the Management Board CFO

Robert Chmielewski, who has been the Chief Financial Officer (CFO) since October 2017, was appointed Vice President of Polish ePayments on January 31, 2018. He gained his extensive knowledge useful in the FinTech industry, as Financial Director in many international companies. In the years 2013-2017 he worked in the BPO sector, he was a member of the Management Board. He hold a position of CFO at ProService Finteco Sp z o.o. - a portfolio company of private equity funds, a leading service provider in the field of product support and IT solutions for the investment, insurance and banking sectors. Previously, he worked as CFO at PayU, where he was responsible for 8 different markets, including Poland. In the years 2003-2011 he was associated with the logistics industry. He started working for Wincanton (a logistics operator listed on the London Stock Exchange) as a financial controller, to become – in 2006 - a member of the management board and CFO, responsible for the finance of companies in Central and Eastern Europe. Robert's career began at Jeronimo Martins as a Senior Financial Analyst and Internal Auditor. Robert Chmielewski’s extensive intuition and knowledge about the management of acquisition processes and cost synergies obtained in international companies brought great added value when applied in the optimization and streamlining of financial management of Polish ePayments. In private, he’s enthusiastic about cycling and traveling. In his free time, he looks for adrenaline during off-road trips. 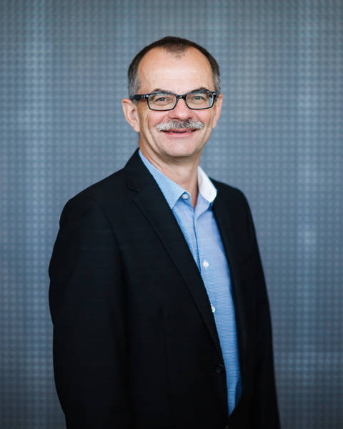 Wacław Irzeński - Vice President of the Management Board for IT

Wacław Irzeński has been managing the technological part of the company. He is the Vice President of the Management Board of Polish ePayments since 2016. For over 20 years he was associated with the payment card industry. In the years 2010 - 2016 he was the Director of the Department of Technology and Operations Polish ePayments In those years he was also the Company Board's Proxy. From 2002 to 2010, he worked as the Development Department Director at OPTeam S.A. leading the team implementing software for terminals accepting payment cards (including MasterCard and Visa) issued by International Payment Organizations. In the years 1997–2002 as the Development Department Director at Optimus - Comfort, he was responsible for managing the team, designing, developing and implementing software using processor card technology. From 1995 to 1997 he managed the Optimus - Comfort Training Center, which was one of the first in the country to receive the Microsoft Certified Education Center certificate. At Optimus - Comfort, he was also an IT systems designer (1992-1995). He started his career in college. In the years 1982–1992 he was associated with the Rzeszów University of Technology, where as an IT specialist he was responsible for maintaining the Central Unit of the university computer R32 (IBM 360). He also worked as an assistant professor in the Department of Automation and Information Technology. Broad knowledge and experience in the field of technology makes Wacław Irzeński one of the largest experts in the fintech industry in Poland. Privately an amateur athlete, cycling enthusiast and supporter of a positive approach to life. 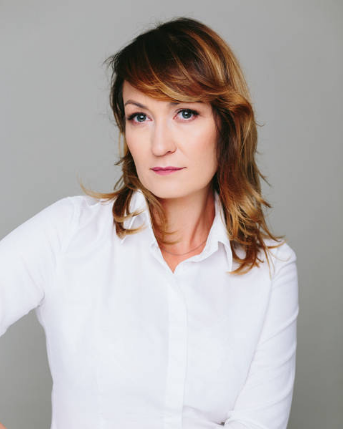 Żaklina Pawlak Iwińska was associated with Polish ePayments practically from the very beginning of the establishment of the company. In February 2019, she took the position of Vice President of HR, and since the end of 2019 she is a Member of the Supervisory Board of BillBird S.A. (a member of the Polish ePayments group). In the years 2011-2019 she was the HR Department Director. She gained her experience in the field of human resources management in 2010-2016 as HR Director at OPTeam S.A. She devoted the years 2007-2010 to work and gaining experience at the Rzeszów Hospital of the Ministry of Interior and Administration, as the head of the human resources department. A graduate of the University of Rzeszów in the field of sociology and history, with additional diplomas in human resources management, competence management, labor law and health and safety at work. She uses her significant experience to support the development of one of the fastest growing companies in the field of non-cash payments in Poland. She shares her knowledge and passion by participating as a speaker and expert in numerous conferences and seminars within the Podkarpacki HR Club. In her free time, she loves big and small travel, as well as modern methods of personal development of employees. Her outdoor activities are related to her passion for flowers and gardening. 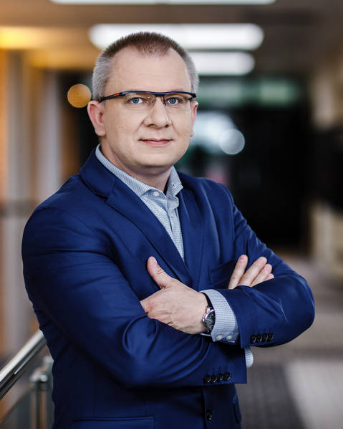 He has been associated with Polish ePayments since May 2017 - first as Sales Director, and since January 2020 as Vice President of Sales. In the years 2013-2017 he cooperated with the Advent International Investment Fund in a project related to School and Pedagogical Publishers, as the Sales Director he managed all sales and service channels. Likewise, in the training project of the Educational Competence Development Center being in the position of a Business Development and Sales Director he built a new business line. In parallel, he implemented interim projects for companies such as Perfetti van Melle, Ricoh and Media Saturn Holding, and more. In 1997-2010 he was associated with the telecommunications industry, where as the Director of Indirect Sales and Investment in Orange he managed the agency network of indirect sales and investment projects on the B2C and SOHO market. Previously, in the Telekomunikacja Polska Group he managed field structures in the areas of sales and operational marketing in managerial positions. He perfected his competences at Executive MBA at The Nottingham Trent University & Poznań University of Economics, trainings offered by FT Group Management School Development Programs, and postgraduate studies in management and marketing. He holds an Associate PM certificate supported by MT&DC, TQM and SixSigma trainings. A practitioner, an experienced leader in sales, organization development, change management, working with multi-channel structures, including service and own sales, agency and call center sales. He has been willing to share his knowledge by conducting trainings and lectures at several universities in the country. Privately, a martial arts enthusiast. 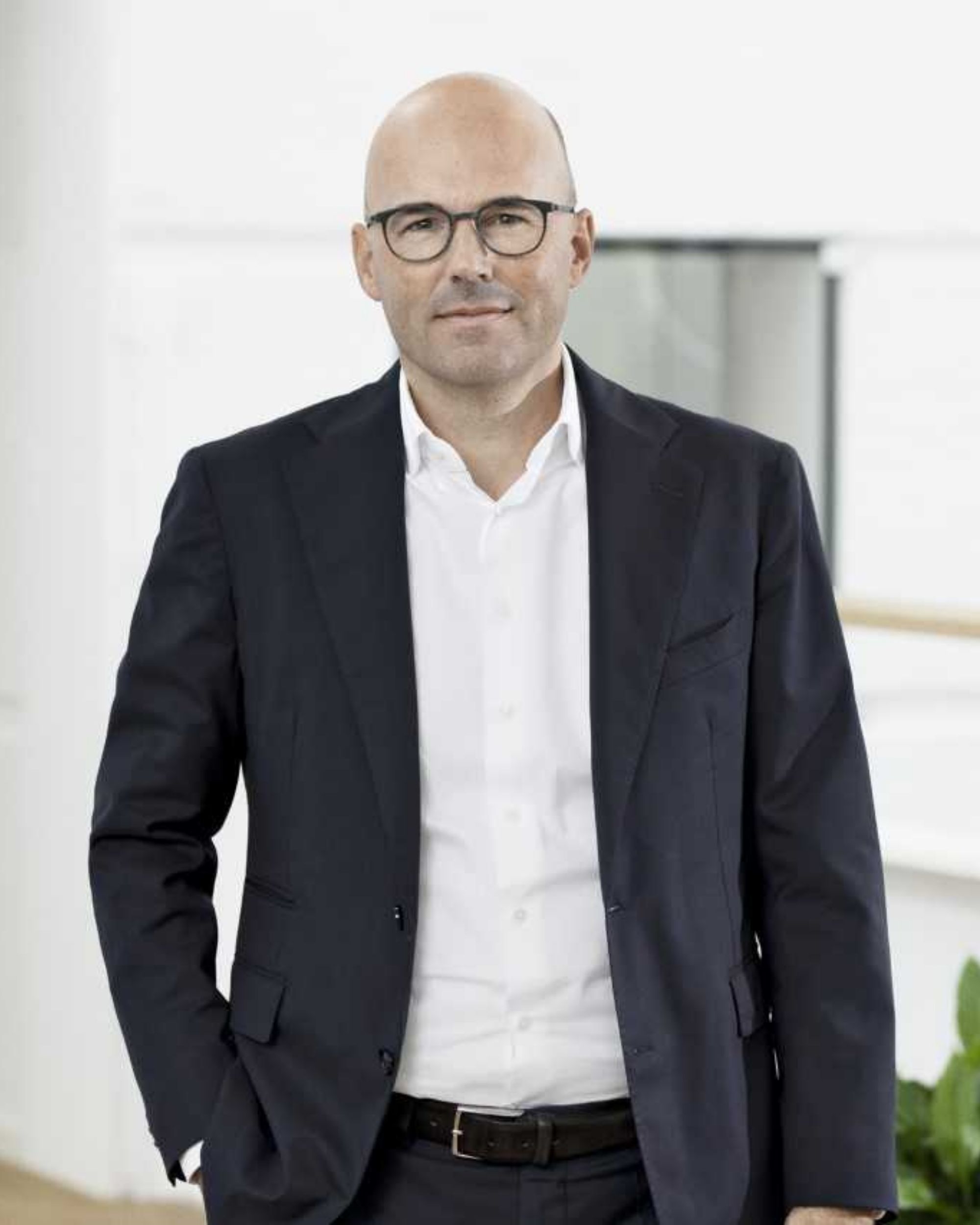 Robert Hoffmann - Chairman of the Supervisory Board

Robert Hoffman, Head of Merchant Services in Nets has more than 20 years of management experience in e-business and telecommunications. Prior to joining the Concardis Payment Group in 2019, he was CEO of 1&1 Internet SE and board member of United Internet AG, business applications segment, from 2013 to 2017. From 2006 to 2012, Robert was responsible for United Internet's telecommunications business as a member of the Management Board of 1&1 Internet AG. Prior to that, he held various leadership positions in product management and sales at Arcor from 1998 to 2006. 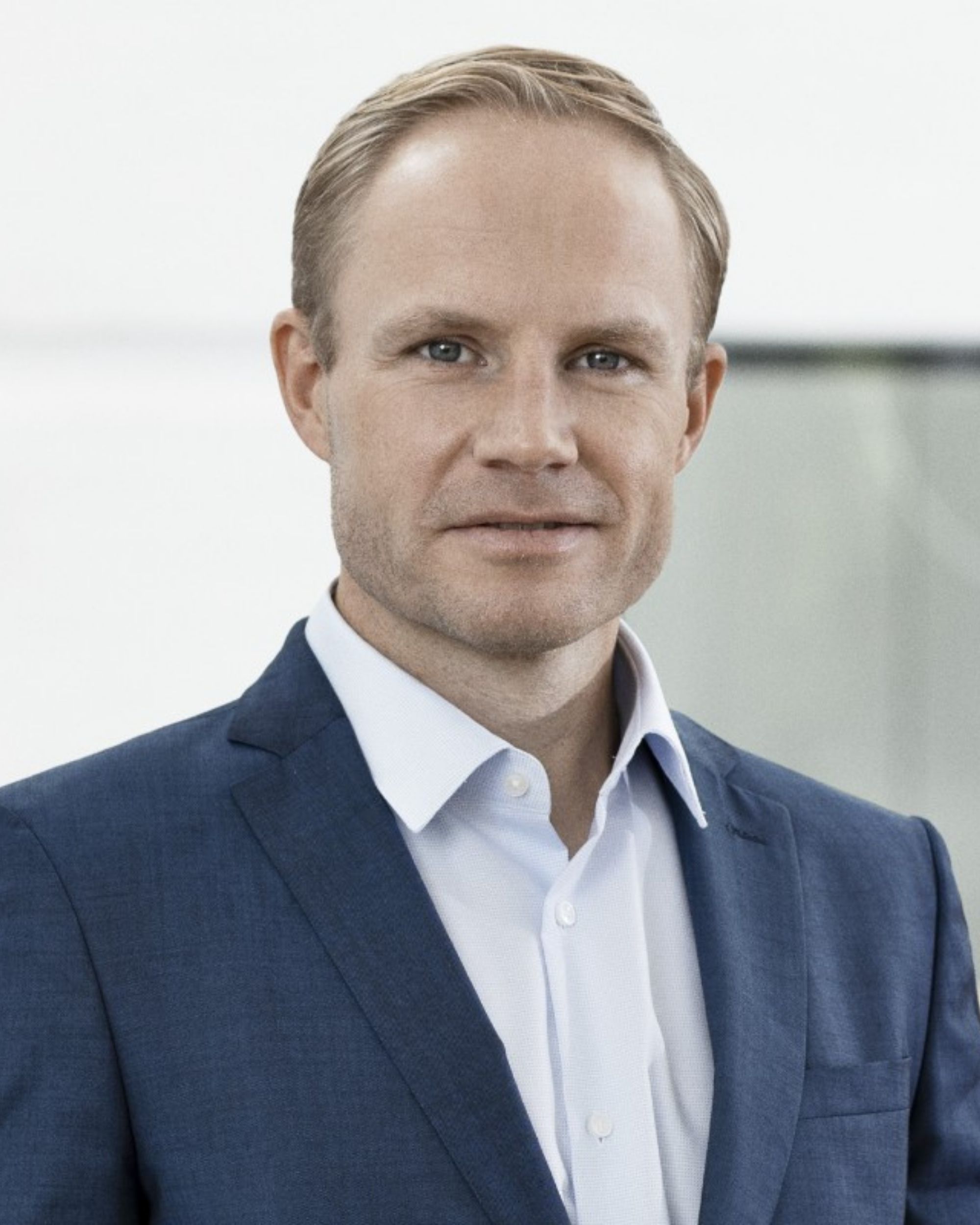 Janus Hillerup - Member of the Supervisory Board

Janus Hillerup is Group General Counsel and Head of Legal, Compliance & Risk Management at Nets Group. He has 17 years of experience in the field of Legal & Compliance. Prior to joining Nets he spend more than a decade with the Danish stocklisted company NKT A/S leading the Legal, Compliance & Risk Management team. Before that, he worked with one of the largest Danish law firms servicing a broad range of international clients. 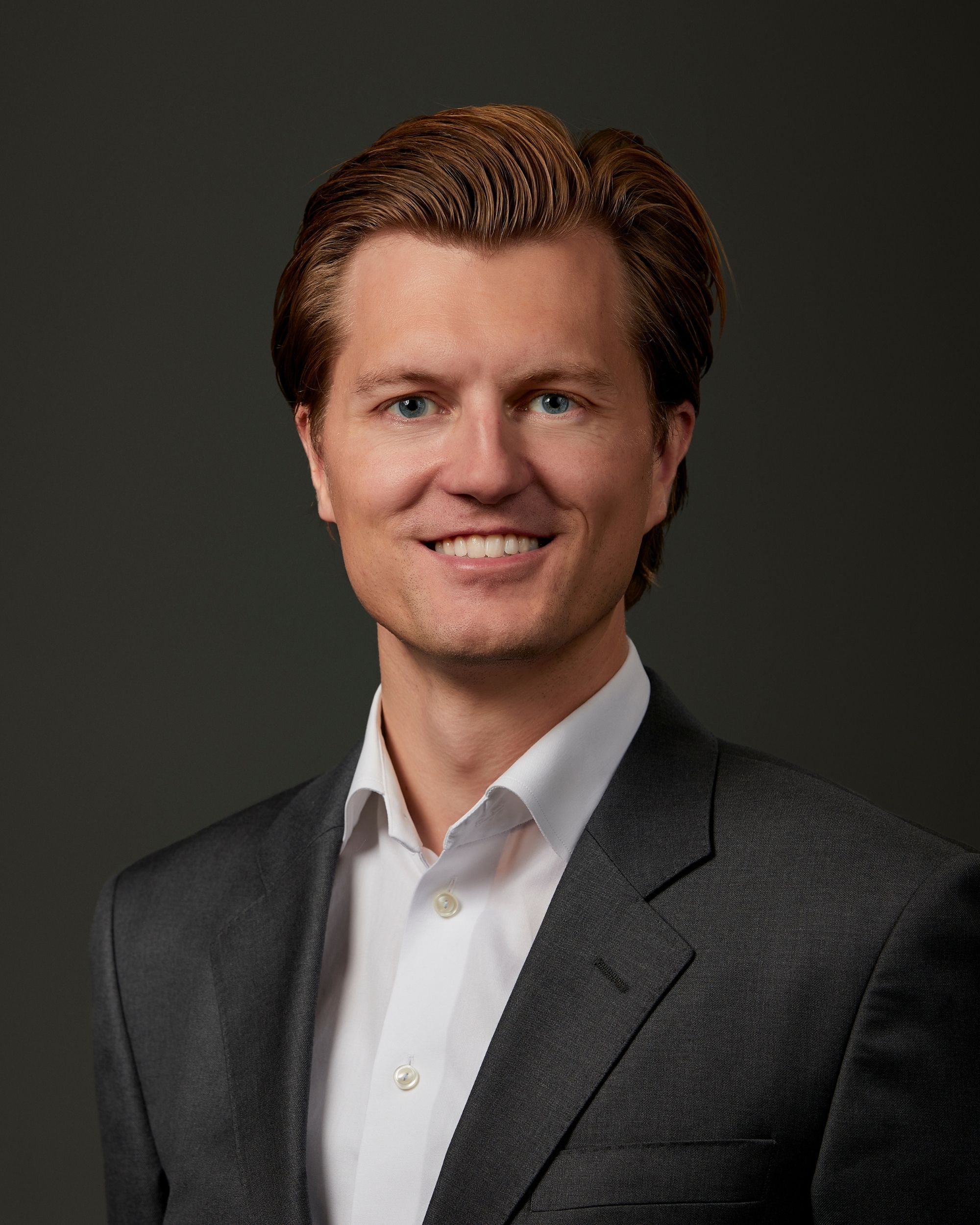 Christian Brunhøj - Member of the Supervisory Board

Christian Brunhøj joined Nets in January 2019 as Head of Strategy and Transformation. Today, as CFO, Christian is responsible for the MS Finance, Strategy and Transformation agenda, combining the Finance, Risk, Compliance, Dunning and Strategy teams under his direct leadership. Prior to joining Nets, Christian was Chief Strategy and Performance Officer and Head of SME sales (interim) at Broadnet. Previously, he was Associate Principal at McKinsey with focus on shaping the value-creation agenda of clients across business units and driving large-scale commercial and cost transformations mainly in telecom and financial services.